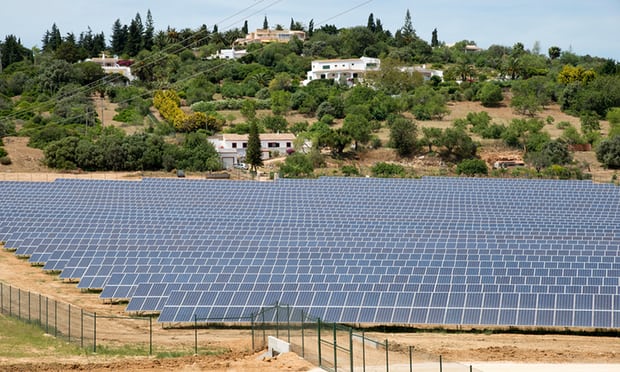 Electricity consumption in the country was fully covered by solar, wind and hydro power in an extraordinary 107-hour run that lasted from 6.45am on Saturday 7 May until 5.45pm the following Wednesday, the analysis says.

News of the zero emissions landmark comes just days after Germany announced that clean energy had powered almost all its electricity needs on Sunday 15 May, with power prices turning negative at several times in the day – effectively paying consumers to use it.

Oliver Joy, a spokesman for the Wind Europe trade association said: “We are seeing trends like this spread across Europe – last year with Denmark and now in Portugal. The Iberian peninsula is a great resource for renewables and wind energy, not just for the region but for the whole of Europe.”

James Watson, the CEO of SolarPower Europe said: “This is a significant achievement for a European country, but what seems extraordinary today will be commonplace in Europe in just a few years. The energy transition process is gathering momentum and records such as this will continue to be set and broken across Europe.”

Last year, wind provided 22% of electricity and all renewable sources together provided 48%, according to the Portuguese renewable energy association.

While Portugal’s clean energy surge has been spurred by the EU’s renewable targets for 2020, support schemes for new wind capacity were reduced in 2012.

Despite this, Portugal added 550MW of wind capacity between 2013 and 2016, and industry groups now have their sights firmly set on the green energy’s export potential, within Europe and without.